A good fall back – a brief history of Daylight Saving Time

With the clocks falling back an hour last weekend, our Client Services Director, Thomas, takes a look at the tradition of Daylight Saving Time – where did it come from and who observes it?

With the nights drawing in, the leaves transforming into a myriad of colours and even a hint of frost in the morning, it’s safe to say that winter is on its way! And there is no clearer sign of this than Daylight Saving Time (DST), which ended over the weekend.

While you enjoyed the extra hour in bed, wound your watches back and prepared for more cosy evenings by the fire, perhaps you wondered where this concept came from?

In my latest blog post, I take a look at why Daylight Saving Time came into effect, and how it’s observed around the world…

What is DST and why do we observe it?

As the name suggests, the idea behind Daylight Saving Time is to make the most of the lighter hours as the seasons change. Light isn’t ‘saved’ as such, it’s simply moved to where it will be of more use – in the case of autumn, by switching an hour of daylight from the evening to the morning.

At Time-To-Find we are major fans of making the most of time – after all, our whole company was built around making searching for a luxury Swiss watch easier for you, the customer – we do the work so you can spend time enjoying what’s important to you! Naturally, then, we love the concept of DST – especially during the summer when we have longer evenings to enjoy nature and spend with friends and family. 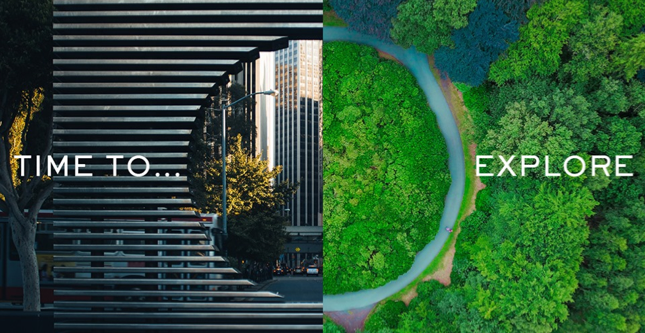 The influence of daylight hours isn’t a recent concept. Before clock and watch technology was developed, we used these hours as means to tell the time. Ancient civilisations, such as Rome, divided the daylight into 12 hours no matter the season, resulting in longer summer days and shorter winter days – and, therefore, many variations across the world.

This meant that, even as clocks became widely used, times across the world were very different – sometimes even within the same country. This began to change when official ‘clock time’ first came into force in the UK in the 1840s, with the expansion of the railway system. By 1883, all UK railways ran on GMT and this concept spread across the world. However, it took until 1956 for the last country (Nepal) to adopt a standard international time zone pegged to GMT.

When was Daylight Saving Time introduced?

The concept of DST was first suggested over 120 years ago, by New Zealand Entomologist George Hudson. His job included swift work, which led him to value daylight hours outside of work, something he wanted everyone to benefit from.

However, his idea was only taken seriously in 1916, mid-First World War. Germany and Austria-Hungary adopted Daylight Saving Time to preserve energy due to coal shortages, and other nations followed suit, including the UK. After the war, the move became permanent for the UK, with many other countries using it at various times since, particularly during the energy crisis of the 1970s.

How is it observed around the world?

Daylight Saving Time is standardised across all EU member states; however, there are different attitudes across the world:

It is also worth mentioning that in March 2019, the European Parliament voted to abolish Daylight Saving Time by 2021, which could pose problems for the UK post-Brexit, as the Republic of Ireland could potentially be in a different time zone to Northern Ireland – time will tell on whether this happens!

So, there we have it – a brief history of Daylight Saving Time. If you haven’t done so yet, change your watch, grab your coat and get outside to enjoy those fresh autumn and winter months!

Keep your eyes on our blog for more exciting releases for 2019 – plus industry news and views.