Why Switzerland? How the Swiss came to dominate the luxury watch industry

Our Client Services Director, Tom, takes a look at how a small European country became the leader of a global market.

Swiss watches are unquestionably the benchmark of the luxury timekeeper industry, representing generations of passion, innovation and craftsmanship. However, it wasn’t always plain sailing – in the early days of watchmaking, the Swiss faced stiff competition from the French, Dutch, British and Americans in order to gain their esteemed hegemony of today.

In this blog, we look at the emergence of the watchmaking industry in the 16th century, and how the Swiss came to rule the roost by the end of the Second World War.

The dawn of watchmaking

Germany is generally regarded as the first nation to produce a watch, i.e. a clock small enough to carry. Nuremberg-based clockmaker Peter Henlein specialised in miniaturising clocks between 1509 and 1530. These luxury items could be worn as pendants or fixed to clothing, but were too big to fit in a pocket.

The trade hadn’t yet reached Switzerland; however, watchmakers began to establish themselves from the 1550s, when Huguenots fleeing religious persecution across the border in France set up shop in Geneva. Another catalyst for watchmaking in Switzerland, which coincided with the Huguenots’ arrival, occurred when Protestant reformer John Calvin prohibited the wearing of jewellery. Swiss jewellers and goldsmiths reacted by changing their profession to watchmaking (watches were still permitted), pairing their skills with the manufacturing techniques of the Huguenot refugees.

These two events helped build the city’s reputation for high-quality watchmaking, and, soon after, the world’s first watchmaking guild was established in Geneva in 1601. But it would be nearly three centuries before Switzerland would challenge the reign of its European watchmaking neighbours… 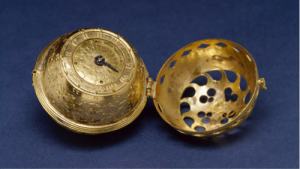 The Germans and Dutch undoubtedly led the charge in horological advances in the 17th century, boasting inventions such as the fusee chain and balance spring. Dutch horologist Christiaan Huygens invented the pendulum clock mid-17th century, widely considered to be a breakthrough in timekeeping. In Britain 18th-century innovations from James Cox, John Harrison and George Graham paved the way for modern mechanical movements, spurred on by the popularity of pocket watches.

Meanwhile, a lot of work was going on in Switzerland. Geneva had become widely recognised for its watchmaking expertise, and by 1704 the sector dominated the Swiss economy. The rules on jewellery had been relaxed at the end of the 16th century, allowing for more decorative watches. Cold winters forced many Swiss farmers indoors, where they found work creating and assembling components for Geneva-based watchmakers.

Unlike its competitors in France, Germany or Britain, Switzerland lent itself to mass production, thanks to its watchmaking industry’s non-central nature. Swiss watch manufacturers used a watchmaking system called établissage, where different parts of the watch would be manufactured in different places, then assembled by the manufacturers to create the finished timepiece. This allowed them to develop watches much faster than any of their rivals. By using this system, the Swiss watchmaking industry boomed.

Innovation in the mountains

It wasn’t just the watches’ quality and innovation that were significant, but also the way they were produced. Much of the innovation in the Jura mountains came from La Chaux-de-Fonds-based goldsmith Daniel Jeanrichard, who cultivated watchmaking as a local cottage industry. He was responsible for the increase in efficiency, standardisation, production volume and quality. By the 1790s Geneva was already exporting over 60,000 watches.

European competitors were unable to compete with the volume or price of mass-produced Swiss watches. Despite this, it is worth noting that the notable invention which allowed the Swiss industry to boom was actually developed in by a French watchmaker. In the 1760s Jean-Antoine Lépine, watchmaker to Louis XV, Louis XVI and Napoleon Bonaparte, invented the Lépine calibre – a simplified flat calibre that heralded the development of smaller pocket watches. 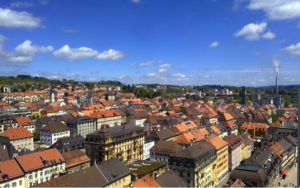 During the 19th century the Swiss watchmaking industry took over. By 1850 the country was able to produce 2,200,000 watches per year, while main competitor Britain lagged behind, producing little more than 200,000 per annum.

Swiss watchmakers had adopted a successful strategy of mass-producing cheaper versions of those produced elsewhere. However, these were much lower quality than the handmade originals, and the Swiss eventually fell foul of this approach. In the mid-1800s American watchmakers released highly accurate timepieces, which set back Swiss exports to the US by 75%. The Swiss changed tack, with companies beginning to move away from établissage and bringing all of their production in house, allowing them to keep up production numbers while building a reputation for quality.

Going into the 20th century the Swiss took aim at the American market with high-quality watches at mid-range prices. They even withstood the depression of the 1930s, thanks to their reputation for reliability, and dominated the market by the post-WWII period, mainly due to the American factories being seized for the war effort.

Through the remainder of the 20th century until the modern day, the Swiss have dominated the luxury watch industry. There have undoubtedly been challenges, such as the 1970s threat from Quartz movements and the popularity of the recent Apple watch, but, as this blog has shown, the Swiss have come a long way, and won’t be knocked of their podium lightly!

From the early days of jockeying for recognition, to seeing off competition from France, German, Holland, Britain and America, Switzerland is the undisputed king of fine watchmaking. Long may it reign!